ThermHex finalist at the “Grand Prix of Medium-Sized Businesses”

ThermHex Waben GmbH was awarded by the Oskar-Patzelt Foundation as “Finalist 2018” in the 24th “Großer Preis des Mittelstandes” (German wide). At the end of 2017, the honeycomb core specialist was nominated for the prize by the City of Halle / Saale – Business and Science Service Center for its outstanding performance. Between the nomination and the finalist distinction, ThermHex had to master several stages: in the nomination, jury and award list, independent jurors decide whether the contestants will reach the next round. ThermHex was able to assert itself among the nationwide 4,917 participants in the region of Saxony-Anhalt. “For me, this award is an expression of the strength of small and medium-sized companies in Saxony-Anhalt. I would like to thank our staff, customers and suppliers for this success, “says CEO Dr.-Ing. Jochen Pflug. ThermHex Waben GmbH has specialized in a particularly cost and resource saving honeycomb core production. Various cooperations, for example with the Fraunhofer IMWS, continuously ensure innovations. Among other things, a high-volume organosandwich was developed for use in automobiles. Dr. Reiner Haseloff, Minister President of the State of Saxony-Anhalt, emphasizes: “It is not possible without the” center “- the great importance of small and medium-sized businesses for the German economy and our society as a whole can not be emphasized enough.” 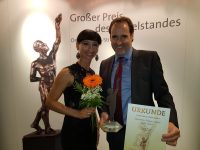 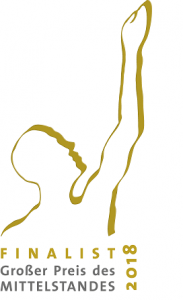